Our oldest turned four this week. Her request was to have a Pokemon-themed birthday party. I did my Pinterest research and added some of my own creative ideas. We had a blast. Here's some photos of the day:

I made this Pokemon banner by printing out pictures of my chosen five. I only have a B&W printer, so I traced, cut out, and glued colored construction paper on the appropriate sections. I outlined everything in sharpie. The Pokeballs are the centers of paper plates with red, black and white paper added.

Cost: One construction paper pack and several hours of work. 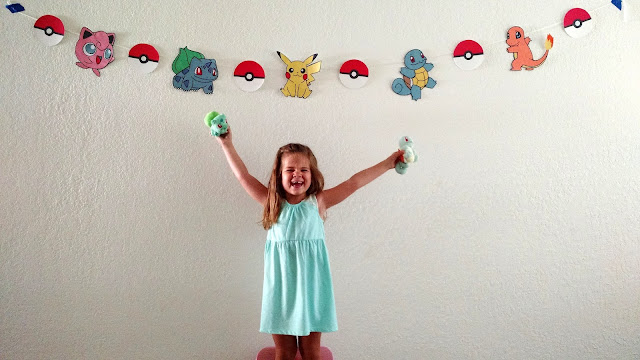 Our older daughter loves Charmander, and our younger daughter calls all Pokemon "Pikachu." I opted to purchase their hats and the Charmander tail online, but after they arrived, I realized I could have easily sewn them. I still had to sew a belt onto the Charmander tail, because it came with a pin that would have torn a hole in her shirt.

I made my husband's Ash costume using this instructables post and purchasing the red trucker hat online, but I'll add my own tutorial here eventually. My Misty shirt is red ribbon sewn on as suspenders. I sewed the Pikachu tail and painted brown stripes on her tank top. 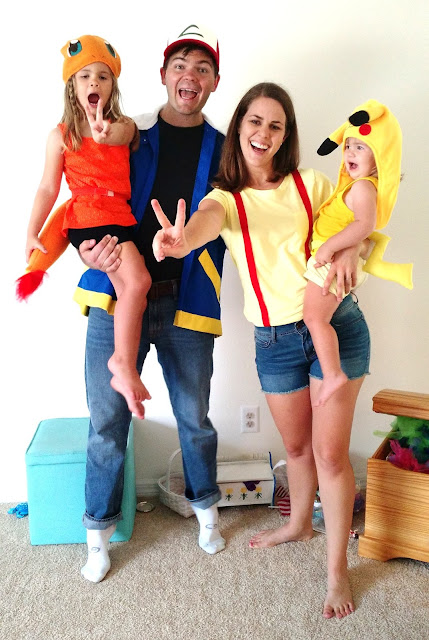 You can find more information on my Catch the Pokemon Game post, but I basically painted styrofoam cups and tied Pokemon toys to them. Then the party guests had to try to swing the toy up and catch it in the cup.

Cost: $1 for cups and $3 for a pack of 24 Pokemon toys on Ebay (it takes like 3 weeks for shipping, so don't wait to the last minute for those). 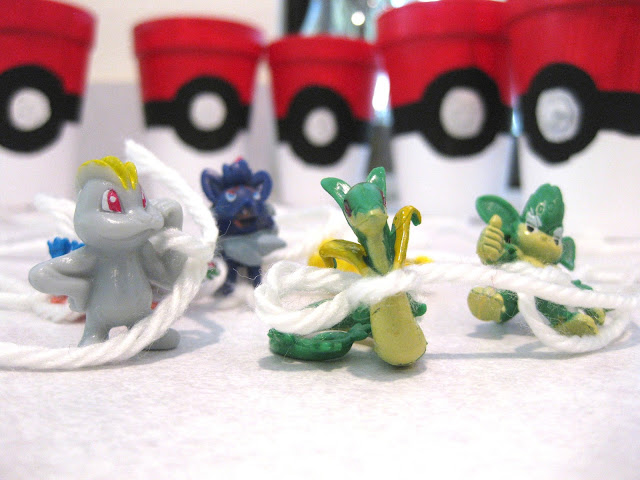 Pin the Tail on the Charmander

Another classic game with a Pokemon twist. I saw lots of Pikachu versions online available for purchase, but my daughter likes Charmander best, so I decided to DIY it.

I practiced drawing Charmander 4 times, then sketched a large version on a poster in pencil. I traced my pencil sketch with a sharpie. I painted it, then re-traced the outline with the sharpie. I thought it needed something extra, so I added orange and yellow triangles for decoration. 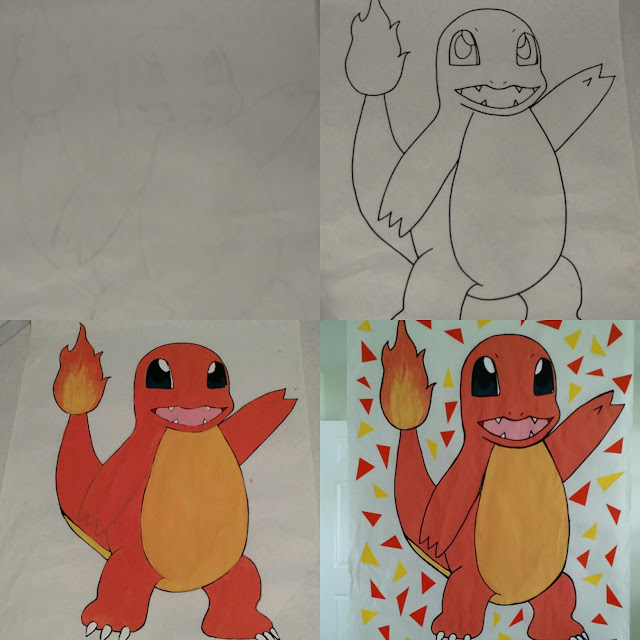 The tail pieces were construction paper cut in the shape of flames. 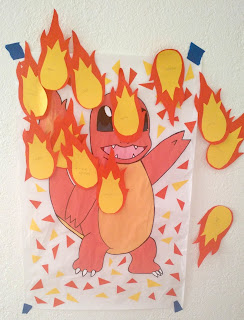 Cost: $1 for a poster and $2 for orange and yellow paint. You'll need black, white, and blue for the eyes. $1 for construction paper tails.

I showed my daughter a few Pokemon cakes on google, expecting her to choose the one shaped like Charmander, but she's 4, and she likes toys on her cake. To my great relief, she chose a rectangle cake with a Pokeball and Pokemon toys.

I just baked one cake, but baked a portion of the batter in a ramekin dish. I iced the rectangle in pink (per daughter's request), and mixed icing to make red and brown (black is hard to achieve). I iced it with a knife and the handle of a baby spoon, then added some Pokemon toys from the same batch used in the Catch the Pokemon game. 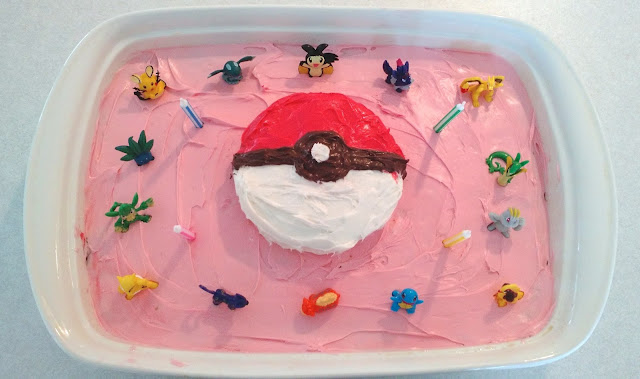 She loved it! In the photo below, you can also see the table decorations. That was a Pinterest find - two $1 table cloths taped together with black duct tape (2-person job) to look like a pokeball. 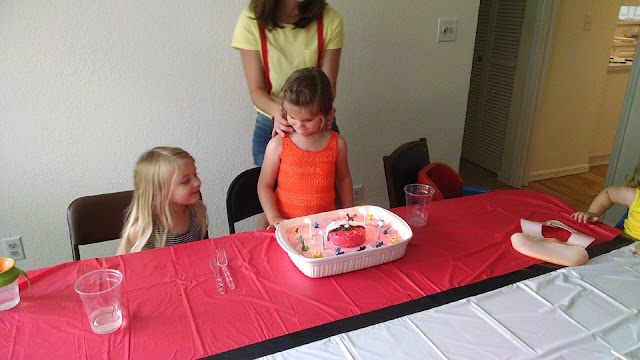 That's about it! We had a great time. I really enjoyed crafting, sewing, painting, and prepping for the party. I'm glad we've finally gotten to the point where she can choose her party theme. Hope this is helpful for anyone planning a Pokemon party!

Stuff I Write About